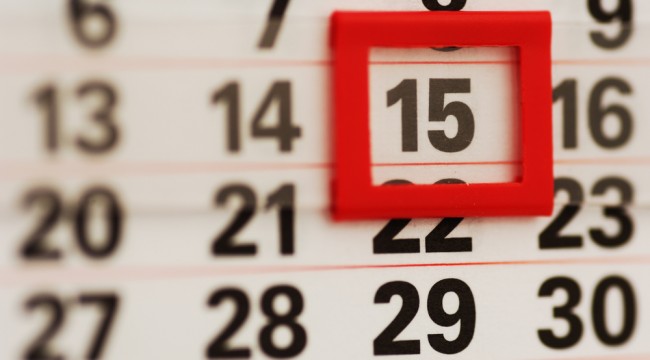 No one enjoys doing taxes, which probably explains why so many of us leave it to the last. Possible. Moment.

With Tax Day fast approaching (next week!), millions of Americans are no doubt scrambling to track down receipts, bank statements and other important documents in a bid to meet the April 15 filing deadline.

But the more you rush, tax pros say, the more you’re likely to make mistakes that can cost you in the form of penalties, a delay in getting your refund and even a higher risk of an audit.

So if procrastination has gotten the better of you this year — don’t worry, you’re not alone — here are a few last-minute mistakes to avoid to keep your return error-free.

The IRS requires you to claim all income made in 2013, regardless of whether or not you received a W-2 or 1099 from an employer. Failing to disclose income is a common issue for last-minute filers — and an oversight the IRS is keen to uncover. 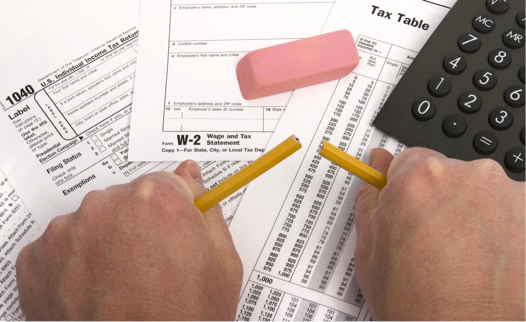 “Maybe someone did one little freelance job back in February and kind of forgot about it — and forgot to include it on their tax return,” says Lindsey Buchholz, principal analyst with H&R Block’s Tax Institute. “Those are the kind of things that the IRS can catch pretty easily.” And once the IRS realizes you owe more, you’ll be on the hook for the extra tax, plus penalties and interest. So even if you only worked a side job for a day, the income you received is still taxable, and you must claim it on your return.

2. Messing Up the Math

If you’re pressed for time, put away the pencil and paper. E-filing is easier, faster and more secure than processing your returns via snail mail — and you’ll avoid the long line at the post office come April 15.

Another upside to e-filed returns: You can eliminate mistakes, like “not understanding how to apply a tax table or not doing the math correctly,” says Buchholz, adding that online software will generally catch any errors you’ve made along the way. The good news is that the IRS offers free tax software to people whose incomes are less than $58,000, and free fillable tax forms for those who earn more. Companies like H&R Block and TurboTax also offer free simplified returns online.

That said, if you still prefer to file on paper, take the time to run your figures through a software program to make sure your final tallies are correct.

3. Forgetting to Double-Check Numbers and Signatures

One of the most common tax mistakes, according to the IRS, is an incorrect Social Security number, so make it a point to check that you haven’t accidentally transposed the digits. And if you’ve opted for a direct deposit refund, you should also make sure that your bank account information is accurate.

Finally, don’t forget to sign and date the return — and have your spouse do the same if you are filing jointly. An unsigned return is like an unsigned check in the eyes of the IRS: It’s invalid.

4. Missing Out on Deductions and Credits

When you’re rushing to file, you are more likely to overlook credits and deductions that could save you hundreds — even thousands — of dollars on your tax bill. According to H&R Block, one in five filers who prepare their own taxes disregard benefits, losing out on an average of $460 in either credits or deductions.

“Education credits, in particular, are missed quite often,” Buchholz says. “There are several different kinds of benefits, and it can be hard to figure out which one you qualify for, and which benefits you the most. I think some people get stressed-out about it, and decide not to do it.”

Child care benefits are also often misunderstood, says Koreen Jervis, an enrolled tax agent with Korjé Tax Professionals in New York City. “People hear child care and they think day care,” she says. “But they forget that when their kids do summer programs, that’s also a child care expense,” and therefore are eligible for a credit.

Tax procrastinators aren’t just subject to leaving money on the table either. They also run the risk of double-dipping on deductions in their rush to file — and running afoul of the IRS. “People often forget that if they contribute to a child care flex spending account, they can’t also get the child care credit,” Jervis says. “A lot of people do that, and then get letters from the IRS.”

For many people, taking the standard deduction — $12,200 for couples or $6,100 for single filers — may seem like the simplest and easiest route when doing taxes, especially if they’re pressed for time. But itemizing your deductions can sometimes save you a bundle.

If you’ve had large, uninsured medical expenses, made sizable charitable contributions, or paid a significant amount of interest or taxes on a home in the past year, itemizing may be worth your while. Not sure if itemizing is right for you? Take this quiz to find out.

6. Not Asking for More Time

It’s far better to opt for an extension than to file a tax return full of mistakes. “If it’s last-minute, your best bet is to file an extension,” Jervis says. “It will give you time to really look at your options and make sure you aren’t leaving valuable deductions out there or making errors that can cost you later.” Form 4868 — it can be filed by mail or online — gives filers an automatic six-month extension on their returns.

That said, just because you file an extension doesn’t mean that you don’t have to send in a check on April 15 if you owe taxes. In fact, it’s one of the most common mistakes Jervis encounters. “An extension is an extension on the return — not on the payment,” she says.

So even if you push off filing your return until October, “you need to be prepared to estimate your income, and pay whatever you may owe” come April 15, adds Buchholz. “Otherwise, you will get penalties and fees.”

Bottom line: If you are feeling truly overwhelmed because you’ve waited until the eleventh hour to do your taxes, ask for an extension — and then ask for help. If you don’t understand your particular situation and what you can claim, even the best tax software won’t be much help. When in doubt, Jervis says, “find a good preparer.”

Carolyn O’Hara
for The Daily Reckoning

Ed. Note: Finding ways to keep your money in your bank account (instead of sending it to the government) is one of the main goals of the Laissez Faire Today email edition. And even though the 2014 tax season is coming to a close next week, LFT remains vigilant in its search for all kinds of loopholes to save you money. As soon as they come across something, they’re readers are the first to know about it. You can be part of this informed group of Americans for FREE, by signing up right here.

Carolyn O’Hara is a writer for Learnvest.com.