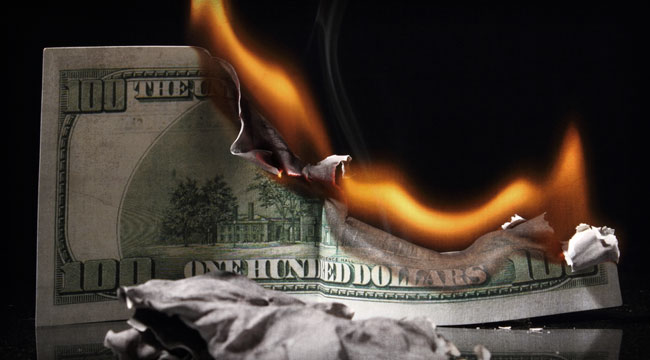 2 Acts that Save Your Money from Harmful Regulation

“There oughta be a law.” We hear that refrain way too often in this country, from conservatives and liberals alike. The problem is that most of those “oughtas” have morphed into “are nows.” For an example — or rather, ten thousand — consider the burden the federal regulatory Leviathan imposes on the nation’s economy and economic liberty.

Last year, the feds spent $3.5 trillion. That is a lot, but the cost of the federal government doesn’t end there. Regulations imposed an economic burden of $1.86 trillion last year. That is slightly more than Canada’s entire 2011 GDP! If we combine those numbers, Washington’s share of the economy now reaches 31%.

And that’s still an understatement, since agencies are not required to report the costs of the vast majority of rules. In effect, regulation enables government to grow in the shadows. And by doing so, it masks its true costs, while public attention focuses on runaway public expenditures.

Washington has a spending and regulating problem. To address it, we first need to get a handle on its scope — no easy task. That is the focus of Ten Thousand Commandments, the Competitive Enterprise Institute’s important annual survey of the federal regulatory state.

Produced by Competitive Enterprise Institute’s Wayne Crews, the study paints a clear and sobering portrait of the sheer scope of the federal regulatory enterprise. During its 21 years of publication, federal agencies have issued nearly 88,000 rules, more than 3,500 per year, or about nine per day.

To get a better picture, put this cost in terms of $14,974 per household. That’s more than a typical household spends on health care, food, transportation or entertainment — more than every normal household budgetary item except housing! That’s nearly $15,000 that could have gone toward a decent car or the beginning of a college fund.

One reason regulations get so little attention is that they are technical, dry stuff that most people don’t care about until it affects them. For example, the business owner who is forced to spend thousands of dollars to move light switches to comply with Occupational Safety and Health Administration rules.

Another reason is a lack of transparency. In Congress, legislation is subject to public hearings and open floor debate. Lawmakers’ votes are a matter of public record that voters can take into account.

Regulatory agencies face no such scrutiny.

Moreover, it’s easier for policy makers to hide unpleasant or unpopular policies from the public by regulating instead of legislating. Requiring companies to provide, say, job training, is much easier than voting for a job training program and budgeting for it. This has led Congress to delegate away much of its lawmaking authority to regulatory agencies.

Last year, Congress passed 72 laws, while agencies issued 3,659 regulations — a difference of a factor of more than 50. This lack of transparency must end, and fortunately, there is some hope.

The Regulations from the Executive In Need of Scrutiny (REINS) Act (H.R. 367, S. 15), sponsored by Rep. Todd Young (R-IN) and Sen. Rand Paul (R-KY), would require Congress to vote on all new regulations costing $100 million or more per year. At the very least, it would require members of Congress to take a public stance on controversial rules.

In addition, the Regulatory Improvement Act (S. 1390), sponsored by Sens. Angus King (I-ME) and Roy Blunt (R-MO), would establish an independent commission to comb through the Code of Federal Regulations in search of regulations that are obsolete, harmful, or redundant. The Commission would send a repeal package to Congress for an up-or-down vote, with no amendments allowed, to prevent vote-trading and backroom deals.

This reform is based on the successful Base Realignment and Closure (BRAC) commission from the 1990s, which used a similar approach to close unneeded military bases after the end of the Cold War.

In their endless back-and-forth with the White House over the budget and tax reform, Republicans in Congress have repeatedly missed the boat by failing to focus on the “hidden tax” in the form of greater costs borne by the private sector as a result of the administration’s regulatory agenda.

These days, Americans don’t have much confidence in the ability of politicians from either major party to address these issues. The REINS and the Regulatory Improvement Acts are there for the taking, with a few more votes and a whole lot of truth-telling. For budget hawks, they’re an opportunity to prove they’re serious about putting the nation’s economy back on sound footing.

Lawson Bader
for The Daily Reckoning

Ed. Note: Politicians and bureaucrats will tell you regulations are a necessary evil in a civilized society/economy. But they’re lying. And if you’re a reader of Laissez Faire Today, you’d see how often regulations hinder progress rather than promote it. Not only that… You’d also discover specific, actionable ways to take back your liberty… and even how to make a handsome profit in the process. So what are you waiting for? Click here now to sign up for Laissez Faire Today’s FREE daily email edition, and never be left in the dark again.

Why ALL Insider Trading Should Be Made Legal

Lawson Bader is president of the Competitive Enterprise Institute. Before joining CEI, Bader served as vice president of the Mercatus Center at George Mason University for 16 years; manager of government relations at SRI International; legislative analyst with Pierson, Semmes and Finley; and a special assistant at the U.S. Senate Committee on Veterans Affairs.