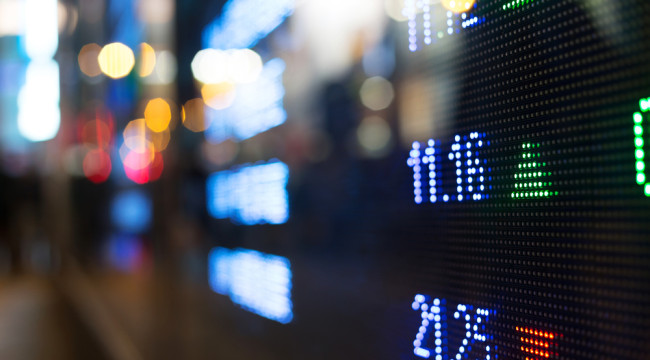 That is what we wanted to say this morning, here in Zurich, Switzerland.

At the table next to us, a hedge fund promoter is working hard… 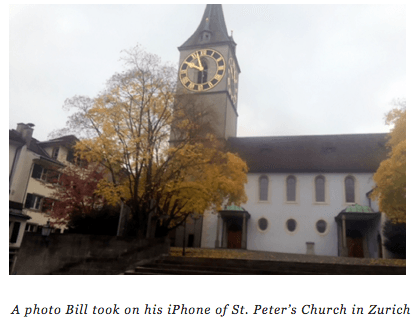 Meanwhile, on the front page of the Financial Times is a good-looking guy with a bad idea.

Just for the record, the Canuck feds are not taking advantage of low interest rates. They’re cheating savers… retirees… and responsible citizens whose expenses are lower than their incomes.

In much of the developed world, central banks have pushed interest rates to their lowest level in 5,000 years. This is not “good economic management.” It’s larceny. They’re taking money from savers and giving it to borrowers – especially in the financial sector and in government.

Neither Bull nor Bear

But on to other things….

“We don’t pay any attention to the stock market. We buy good companies at good prices,” an old friend explained about how his private fund operates. (In the interest of full disclosure, we are one of his investors.)

Yesterday, U.S. stock market investors gained nothing, but lost nothing either. Between the bulls and bears, fear and greed, profit and loss, it was a draw.

“When you invest in stocks, you know there will be periods when stock market returns go negative. But we don’t worry about it. When you buy stocks, you accept the risk of occasional bear markets.

“But you get paid for it. About 5% a year by my calculation. It’s called the ‘equity risk premium.’ It’s what you earn in return for being willing to endure periods of loss.”

On display was a second opinion. Here at the Diary, we’ve given you ours: It is a brave investor – or a reckless one – who is taking a big bet on the U.S. stock market now.

There may be diamonds in the rough. But as a whole, the market is expensive.

You can take your pick of valuation measures. But on a CAPE ratio basis (which looks at the average of the previous 10 years of real earnings relative to stock prices) the S&P 500 has only been more expensive ahead of the 1929, 2000, and 2008 crashes.

The risk of loss is great, in other words. If stocks collapse from here, it could be a long, long time before they recover.

Our friend has a different point of view…

“Look, what’s the worst that could happen? In the Great Depression, the stock market went down 90%. I buy stocks I wouldn’t mind holding through a depression. I make more money than most investors because I get paid for being willing to suffer through downturns. If you earn the risk premium, you’ve got to take the risk.

“Even if the market were to go down 90%, it wouldn’t affect my lifestyle. I can only sleep on one mattress at night and eat one bowl of cereal in the morning.”

Far from Hearth and Home

He has a point. Our friend believes that investing in the stock market is a little like working on an oil rig in the North Atlantic: You get paid better – but you have to be willing to be separated from your family and friends.

Not always. But sometimes.

It comes back… but it could take a while before he sees it again. While the bond investor is cozy in his own bed, night after night, the stock market investor is, from time to time, forced to spend long dark nights far from hearth and home.

He doesn’t mind, of course. He’s paid to do it. That is the risk premium he earns.

But there are times when investors see only premium and are blind to the risk. Seeing no hazard, they need no hazard pay.

Besides, the feds have their back… or so they think.

Since Alan Greenspan took over the Fed in 1987, investors were largely right. He and his successors rushed in where fools feared to tread – taking much of the risk out of the stock market.

Of course, they could not eliminate risk completely. Occasionally, markets plunge. Investors take big losses. They are still forced to pack their bags and leave home from time to time.

But by following a stock market break with cheaper credit, the Fed substantially reduced the time of exile.

In the 2008 crash, for example, U.S. stocks lost roughly half their value. But thanks to Herculean efforts from the Fed, investors were reunited with their money only three years later.

But as faith in the Fed’s willingness to backstop the market has grown, the risk premium has declined. At least, that is our hypothesis.

People don’t need to be paid to take a risk they don’t think is real. So, they bid up stocks to a level where there is not likely to be much of a premium at all.

Here is what could happen: When the next crash comes, the feds will come to the rescue, as expected. But with rates already at the “zero lower bound,” what can they do?

Maybe they will have no more success than the Japanese, whose stocks fell 80% after 1990… and have never recovered… despite interest rates near zero for the last 20 years!