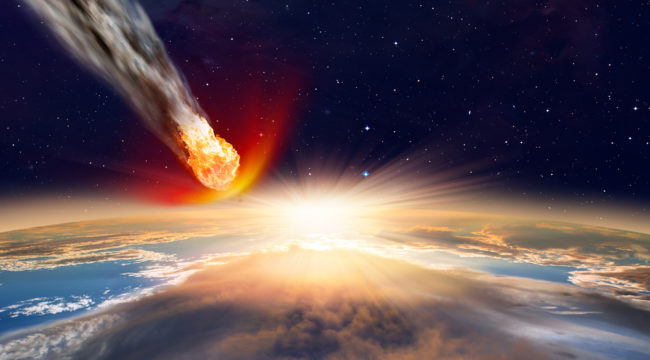 Countdown to the End of the World: 8 Days

In eight days, the world will end in a blinding flash.

We will all be vaporized.

At least that’s the feeling “someone” wants me to get with the incessant and apocalyptic headlines regarding the U.K.

You see, on June 23, the Brits take to the ballot box to decide their future.

And if current polls hold true, it’s the day the U.K. will vote to end its membership in the European Union (EU).

According to mainstream media prostitutes, the British have lost their ever-loving mind… and will trigger a global financial Armageddon by voting for their sovereignty.

And that’s exactly what the elites want you to believe.

When the European Union was established under its current name in 1993, its stated purpose was to “enhance European political and economic integration.”

That sounds so warm and fuzzy. But that well-meaning “happy talk” has since spawned a blood-sucking monster…

Like all centrally planned states, the EU has metastasized… expanding its tentacles and power immensely.

It has become its own quasi-nation-state… with its own flag, currency, anthem, capital (Brussels) and a massive bureaucracy that doesn’t give a damn about voters.

For decades, unelected EU bureaucrats, known as Eurocrats, have created stifling rules and regulations that they themselves are exempt from.

And for them, it’s all one big party.

These sleazy Eurocrats have no problem getting drunk at official ceremonies and chasing hookers. Doubt me? Go look at the video of a stumbling drunk Jean-Claude Juncker, the European Commission President, slapping and kissing other men and women in the middle of the day for the world to see.

They act this way because they know they are untouchable.

These “Gods” in Brussels have been aided and abetted by big banks and multinational corporations.

The special interests support EU leadership in exchange for unfair regulations that destroy all competition.

Think of the EU as the Deep State’s satellite European office. It’s a home away from home.

Bottom line, international corporations and their elite handlers are fat and happy from unfettered bureaucratic state expansion… all the while the standard of living of average Europeans has disintegrated.

In the past, when European voters tried to break up this corrupt system, the EU literally halted democracy…

When citizens rejected the EU constitution and bailout, Eurocrats either forced a re-vote or just ignored the vote.

But now, it appears the Brits have reached their boiling point. They’re close to leaving the EU, in what’s being called a “Brexit”…

Not surprisingly, elites that oppose Brexit have resorted to what the Deep State always does when its power is threatened: unadulterated fear that you will die tomorrow.

They’ve been using their hyperventilating cronies in the media to warn that a Brexit will bring economic catastrophe… a currency meltdown… mass poverty… and literally the end of the Western world.

British Prime Minister David Cameron has said it could cause World War III.

And if the polls remain in favor of Brexit in the coming days, I’m sure we’ll hear that it will lead to nuclear war.

All this because the British people want their sovereignty back from perverted unelected elites in Brussels?

No. There’s something much more powerful at work here. And the Deep State knows it…

You see, Brexit strikes at the root of bureaucratic and corrupt governmental power.

The British people are rebelling against both of their main political parties.

Writer Peter Hitchens summed it up perfectly when he wrote: “Labour doesn’t love the poor. It loves the London elite. The Tories don’t love the country. They love only money.”

That’s the crux. Like we are seeing in the U.S., the two main political parties in Britain are at war with their own people.

But with this election cycle, the war is no longer secret or unfocused. The voters finally know thy enemy.

Does that mean there is a chance for the elite power grip to be broken?

Who Wins This War?

My money is on the Deep State and its cronies by hook or crook. They play to win. And they’ve got the money and power to take what they want or kill off the opposition.

But for the first time in a long while, the Deep State is on “high alert.”

That’s because the existing political order is in danger of being swept away.

A Pew Research Center poll found that 61% of usually Eurocentric French voters have an “unfavorable” view of the EU, with a clear majority preferring that power be returned to the French parliament.

When the EU has lost the French, it’s in grave danger.

And if the Brits manage to wrest control of their country back, that will only empower the French… the Germans… the Italians…

That’s what makes June 23 such a huge day.

Will the first salvo in the Deep State revolt succeed? You know who I’m rooting for.

And if the Brexit does cause short-term market chaos… well, we’ll be ready to profit by following whichever trends emerge… either up or down.

Are you for or against Brexit?

Britain is scheduled to leave the European Union in just four days, but neither side can agree on divorce settlement…  Brexit comes at a very poor time for the global economy…