Can American citizens really piggyback onto the Canadian version of “Social Security”… and begin collecting “work-free” income checks between $400-4,700?

According to Zachary Scheidt — a senior analyst at one of the nation’s largest independent financial research firms — the answer is yes.

During a six-month investigation into a growing trend here in America, we saw that dozens of Americans have reportedly begun piggybacking “Canadian Social Security.”

For example, Sara Yaeger — a secretary from Texas — is now collecting $2,900 per month in “benefits”… And Carol Alderman, a widow with two children, averages more than $1,200 in “benefits.”

So what is “Canadian Social Security”?

It’s an “old-age benefit program” just like we have here in the states… only (as the investigation points out) it’s far superior.

For example… while the U.S. Social Security program is set to be bankrupt by 2032…

Funding for the Canadian version is set to QUADRUPLE by the year 2040. (Just look at the chart below.)

But here’s the kicker…

According to the details in Zachary Scheidt’s 25-page letter… you don’t need to live or work in or even visit Canada to begin receiving “benefits” by piggybacking the program.

And you can collect thousands in additional retirement income without affecting your regular U.S. Social Security benefits.

One of the U.S. seniors profiled in the report is a former high school teacher from Baltimore named Anne Monahan.

Anne began piggybacking Canada’s “Old Age” retirement plan after discovering a major loophole in the system… one that occurred back in 1997. 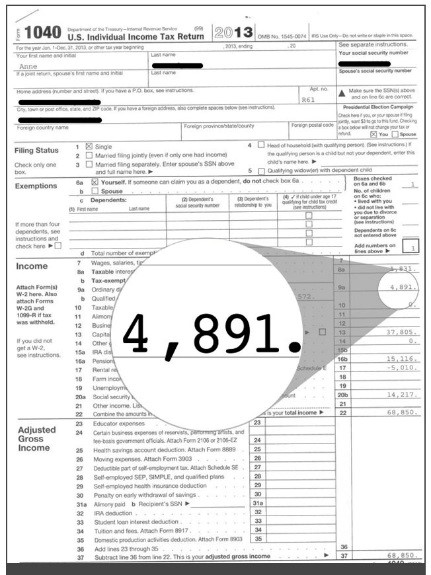 According to her tax returns (which she was kind enough to supply to us), she’s been LEGALLY collecting thousands of dollars in “benefits” for nearly a decade.

Anne has never lived or worked in or even visited Canada before… and she collects this money ON TOP of her regular U.S. Social Security benefits.