Famous Wall Street Lawyer Warns: “This Is the Biggest Accounting Hoax Since Enron.”

Or as the Wall Street lawyer who helped the Fed defuse a potential $1.3 trillion banking crisis in the late 1990s.

But he’s much more than a lawyer.

In 1977, before most of today’s Wall Street analysts were even born, he was doing complex tax and accounting work at Citibank.

Thanks to his accounting background, he has just uncovered what he thinks is the biggest accounting hoax since Enron…

One so big that it could trigger the next major financial crisis in America.

According to Mr. Rickards, it’s not just employees and investors of a specific company who are in danger…

All 300 million American citizens are potential victims of this massive accounting hoax.

Which is why he has posted all the details of this scandal online to help everyone start preparing.

If you have money parked in a savings account, a CD, stocks or even government bonds… or if you have a 401(k) or IRA… I urge you to see Mr. Rickards’ message immediately.

“When Enron collapsed in 2001, more than 20,000 employees were thrown out on the streets,” warns Mr. Rickards.

“Thousands of investors and employees were wiped out when shares dropped from $90 to $0.

“Now imagine the same type of financial catastrophe happening not just to the employees of one specific company… but all across America.”

He uncovered this scandal while he was analyzing the official document you see below. 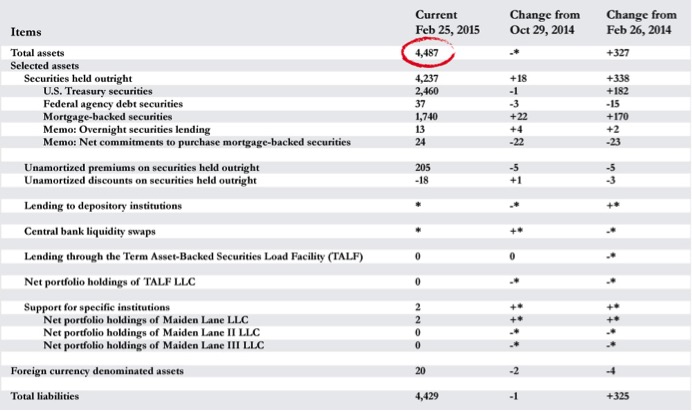 The U.S. government publishes it every quarter.

But most people don’t even know this report exists.

And nearly no one has identified the anomaly buried on Page 5 of this report.

But as an expert in accounting, Mr. Rickards can see through this deception… in rare ways that most people can’t.

Which is why I strongly encourage you to check out his warning.

“There isn’t much time left to protect yourself. The meltdown could start within the next six months,” warns Mr. Rickards.

He says the mainstream media could uncover this deception anytime now.

Once you hear this story on the evening news, it might be too late for anyone to act.

In these types of accounting scandals, losses happen very quickly.

Just look what happened with shares of Enron. Investors lost all their life savings in a matter of weeks.

The good news is Jim Rickards has put together an urgent four-step plan to prepare for the coming chaos.

And he has posted all the details of his plan online. Watch the video right here.

I sincerely hope you won’t be a victim of this accounting scandal.