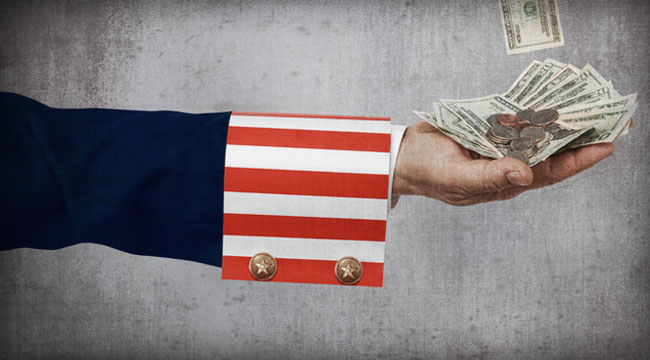 3 Essential Rules for Dealing With the Government

[This essay was excerpted from Harry Browne’s book How I Found Freedom in an Unfree World. Although first published in 1973, the themes and lessons he espouses are as relevant today as they were when he first wrote about them. Mr. Browne was a pioneer of the financial newsletter industry, and he churned out actionable solutions for people who wanted to escape the effects of government on their finances and lives. We’re proud to share a few of his thoughts, below.]

The first principle in dealing with government is: Don’t be awed by it.

What little the government achieves is almost always due to the voluntary participation of its citizens. Those who don’t want to help the government can go their own ways without running into much trouble.

The second principle is: Don’t confront the government. A sure way to make your life miserable is to attack the government head on. Its resources are limited, and it can’t waste them tracking down every possible violator of every law. But it will certainly aim its power at anyone who publicly defies it.

So keep to yourself, do what you have to do.

The third rule in dealing with government is: Don’t organize. Don’t get a large group of people together to defy tax laws, promote ways of circumventing the government, or openly violate regulations.

By joining protests, you might wind up in jail. And you won’t have much freedom there.

And mass campaigns are easy targets. That’s where the government is likely to devote its limited resources. When many people are doing the same thing, it’s easy to stop them by passing laws or by applying existing laws against them.

When you act alone, however, you’re usually not worth the trouble.

And when you act alone, you can flexibly do whatever is necessary to stay ahead of the government. If new laws are passed, you can change your methods to continue doing what you want to do.

No cumbersome, bureaucratic government can move as fast as an individual who’s determined to stay ahead of it.

There are limitless possibilities for avoiding government — without crises, court battles, or fear of being jailed.

Start by listing the governmental restrictions that inhibit your freedom.

Determine the possible consequences of ignoring them. It may be that no more than a warning is involved if you’re caught. And you might also find that there are legal ways of avoiding the restrictions — if they’re important enough to be worth the time to investigate.

In many cases, you can just ignore the law without incurring dangerous consequences. In others, you may have to go to more trouble — such as consulting an attorney or tax accountant.

But act for yourself. Don’t organize, and don’t look to leaders to help you. Any activity big enough to require a leader is big enough to be noticed and attacked.

For most people, there are more than enough loopholes available to be able to operate freely without running afoul of the law. More than anything else, it simply requires the determination to do so.

For example, I know of a company that operates successfully in spite of governmental regulations. The state in which it’s located has been trying to license it for five years, and a federal agency has been trying to shut it down for violating a regulation. The state legislature even passed a special law to bring the company under its jurisdiction.

But to this day, the company still operates in its own way, pleasing its customers, and making profits for its owners. They’ve moved flexibly and easily into a different method of operation every time a ruling has been made against them. They’ve had to pay attorneys’ fees, but those are insignificant compared to the profits they would have lost had they given in to the bureaucrats.

I once had a similar experience. I was operating a small business in California — burdened with payroll taxes, bookkeeping requirements, and other regulations imposed by the government. There were Social Security taxes, unemployment insurance taxes, disability insurance taxes, and income taxes to be paid or withheld. They cost me money and time, and they reduced the take-home pay of my employees.

I regularly received notices from an organization whose purpose was to end payroll taxes. They requested funds, of course, and they also wanted me to join a protest movement to quit withholding taxes once the membership was large enough to be intimidating.

Naturally, I didn’t get involved. Instead, I fired all the employees (including myself) and made contracts with each person for his services. Since I no longer had any employees, I no longer paid or withheld payroll taxes. No bureaucrat called on me to find out why the revenue to the state had been lost.

The “employees” of my company received an additional benefit. They were now independent businessmen, selling their services to me, so they could designate their homes as their offices, coming to my office to perform services for me.

As a result, each of them had far more tax deductions. He could claim as business deductions part of his household expenses, telephone bills, utility bills, car expenses, and other things that are normally considered to be personal expenses. Even with no income tax withheld, very few of them owed anything in taxes at the end of the year.

None of them bothered to file quarterly tax estimates, and none of them ran into any trouble from the Internal Revenue Service.

The simple change from employee status to that of independent contractor resulted in lower taxes for everyone concerned. It’s a small and common example — but there are probably millions of people who could use that loophole and don’t.

It’s well known that there are thousands of millionaires who don’t pay income taxes. Some of them avoid property taxes as well. Occasionally, there’s a hue and cry about it in Congress, but no effective changes are made.

No tax law could be written (short of 100% confiscation) that wouldn’t have numerous loopholes. As one loophole is closed, another opens up. Part of the reason may be that Congressmen don’t like to pay taxes, either.

Some people evade taxes by changing their citizenship and/or by operating personal holding corporations through tax-free countries. If you make $25,000 or more per year, it’s probably worth looking into. Others move to countries with more favorable tax structures. Did you know, for example, that writers, artists, and other creative people are exempt from income taxes in Ireland?

The laws provide loopholes that allow individuals to establish personal tax-free foundations that receive all their income and pay their personal expenses — without the money being taxable to anyone involved. Unfortunately, a group of people tried to organize this method into a mass movement about five years ago, which resulted in offsetting legislation. But the loophole is still used.

Inheritance taxes can be legally avoided, too. Sometimes it requires only that property be co-owned or transferred prior to death. The important thing is to avoid the normal postmortem legal processing of an estate.

There are a multitude of ways to legally avoid taxes. I can’t list them here or that would defeat their purpose. And you won’t find them in magazine articles about taxes.

Much of the information in those articles comes straight from the booklet that accompanies your tax return. But once you’re determined to cut your taxes, you should be able to find the best ways for yourself.

Harry Browne
for The Daily Reckoning

Ed. Note: Now that you’ve read Harry’s piece, you have a choice. Will you take your liberty into your own hands or not? Readers of today’s Daily Reckoning email edition were given a specific opportunity to do just that… If you were among them, you’re aware of a chance to discover how to save thousands on your taxes. Your accountant probably doesn’t know any of the tricks explained. Sign up for the FREE Daily Reckoning email edition, right here, so that you do not miss these opportunities in the future.