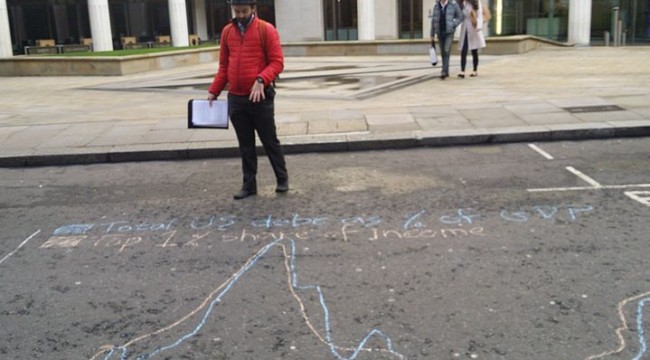 The System Has Failed

American culture contextualizes failure in individualistic terms: the system didn’t fail–you failed. Never mind the system is set up to fail many (if not most) participants: the cultural narrative is that failure to succeed, failure to get ahead, and failure to fit in all boils down to personal failure: failure to follow the rules, work harder, please your boss, transition to a new career, extricate yourself from dysfunctional situations, and so on.

This narrative of individual failure and redemption is the foundation of thousands of self-help books, seminars, motivational speeches and the ever-present gung-ho rah-rah: you can beat any odds if you work hard enough, get out there and meet the right people, sell yourself, etc. etc.

Pop culture is a schizoid mix of this “dress/socialize/study for success” celebration of individual initiative and an equally zealous embrace of victimhood and self-pity: I made all these ridiculously poor choices because my family was dysfunctional or I was led astray.

No wonder our culture is psychotic. The way to get sympathy (and rationalize poor choices) is to make yourself out as even more of a victim than the rest of the self-justifying crowd.

But the ideal turn-around to self-pity and victimhood is the personal redemption via hard work, discipline, better choices, going back to school, etc.

These inspirational narratives at the heart of American culture serve a useful purpose, but they ignore the other half of the story: our institutions have failed us: they have failed not just the failures but the successful as well. They have failed the nation and every one of its citizens, but this systemic failure is verboten: speaking of systemic failure invites ridicule as a loser who blames the system instead of themselves.

What can we say about a system that has hired tens of thousands of college administrators (under-assistant associate deans of student affairs et al.) at $200,000 each for doing nothing remotely productive in terms of educating students for the real world, while the system cheers impoverished students to take on $100,000 in student debt for increasingly worthless college diplomas?

How can anyone claim a system that glorifies the construction of $100 million student union complexes while loading over a trillion dollars of debt on students is not part of the success-failure equation?

Instead of shrugging off the systemic failure and pushing every student to borrow even more and “go back to school” as the “solution” to marginalization, how about turning our energies on tearing down a failed system and creating a system of higher education that is 90% cheaper and 90% more effective?

If you think this is “impossible,” please read my book The Nearly Free University and the Emerging Economy. It’s not only possible, it’s necessary.

How can anyone claim a system that charges $22,000 for an emergency room visit for acute pain in the right side of the abdomen, and misdiagnoses what turns out to be appendicitis (and charges another $22,000 for the second visit a few hours later, and $40,000+ for the operation) is not part of the success-failure equation? (True story.)

As I have noted here before, the system only generates jobs for those whose labor is profitable. Unprofitable work is paid by the government, and that’s how we end up with $500 Pentagon hammers, $800 cotton balls and $100,000 for worthless college degrees.

The system itself is broken, from the incestuous corruption of Washington D.C. to every institution that feeds at the federal/state trough. But it’s not just the central state that’s broken–the private sector is broken, too, because profitable work is increasingly scarce.

Though the culture insists everyone is equal not just in civil rights but in potential to go out and be a sports hero, Steve Jobs clone, etc., the reality is many of us will never manage to shoehorn ourselves into these rah-rah success boxes. It’s not that we’re not willing to work hard, or give it our best shot–we just don’t have the capacity to do the stuff that’s profitable in this economy.

Everyone that doesn’t have what it takes to be brilliant, flexible, sociable to a fault, etc., is marginalized: their role in the system is to fill a dead-end job, enlist in the army of Precariats scratching out an insecure free-lance living, or sink into some variety of state dependence: “crazy money,” disability, early retirement, etc.

I am all for carving out an individual definition and measure of success. That’s the reason I wrote Get a Job, Build a Real Career and Defy a Bewildering Economy and listed the eight essential skills everyone should develop if they want to navigate an increasingly challenging economy.

But individual initiative and developing new skills and capital isn’t going to fix failed systems. That requires admitting the over-arching systems and institutions of the nation have failed and need to be completely re-worked from the ground up.

The need for a new decentralized, more humane and truly democratic system is why I wrote A Radically Beneficial World: Automation, Technology and Creating Jobs for All: The Future Belongs to Work That Is Meaningful.

We can’t magically make all of us equal in ability, bandwidth, or sociability, and embracing the illusion that this is possible is a core reason why our culture is toxic and our economy is stagnant. We need a system that has productive social roles and meaningful work for everyone, not just the well-connected, the brilliant and the highly flexible multi-tasker.

No wonder we’re devolving into a society of a few privileged haves and a vast populace of marginalized have-nots: the system has failed, but we can’t even talk about it.