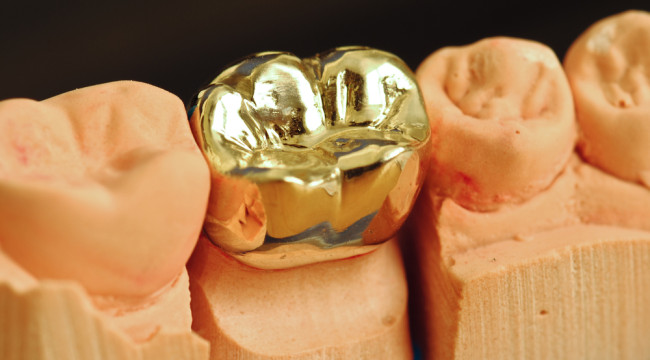 The Many Uses of Gold

Gold’s many qualities make it one of the most coveted metals in the world.

Not only can it be beautifully shaped and sculpted, the yellow metal also conducts electricity, doesn’t tarnish and is biocompatible (meaning it’s not harmful to our tissue). These qualities make it the metal of choice in a wide variety of industries, including dentistry and medicine, electrical engineering, construction and aerospace manufacturing.

Another important use of gold is to help stabilize monetary systems. For centuries, most advanced nations were on the gold standard, which restricted governments from creating a limitless amount of money and running up massive levels of debt.

Many incidents throughout history show the negative consequences when a country eliminated the gold standard and adopted a fiat currency system.

The most notable example involves John Law, a Scottish gambler who became head of France’s central bank in the early 18th century. In an attempt to reduce the late King Louis XIV’s debt, Law began printing banknotes, flooding the economy with easy money.

His plan worked—until it didn’t. The banknotes rapidly lost their value, eventually becoming as worthless as the paper they were printed on. Law was summarily exiled from France, whose economy spiraled deeper into depression, laying the groundwork for the French Revolution later that century.

Law’s is an extreme example to be sure, but it serves as a cautionary tale.

This relationship between the gold standard and government debt is explored even further in a fascinating article that appears in our most recent Shareholder Report, which many of you should have already received in the mail. The article makes the case clearly:

The gold standard limits the amount of debt that can be issued. Forty-four years ago, when the U.S. made the switch to a fiat currency system, the federal government owed $399 billion.

Since then, outstanding debt has ballooned 4,411 percent to $18 trillion—more than twice the amount of all the gold in the world (nearly $7 trillion). Such massive debt levels can be reached only in a fiat currency system, where money is easy, virtually limitless and unsecured by anything tangible.

Today, no country on earth still uses the gold standard. In 1999, Switzerland became the last country to break from it. And yet central banks all over the globe continue to maintain, and add to, their gold reserves, including Switzerland. At 1,040 tonnes of gold, its holdings are the seventh-largest in the world, following Russia’s.

Speaking of Russia, it was overtaken recently by China, which announced in July that it increased its gold reserves 57 percent in the last six years to more than 1,658 tonnes. An additional 600,000 ounces were purchased in the same month.

Why is China doing this? As I’ve discussed before, China wants to sufficiently back its currency, the renminbi, so it can qualify as part of the International Monetary Fund’s (IMF’s) basket of special reserve currencies, alongside the U.S. dollar, British pound, euro and Japanese yen.

Similarly, Texas is in the process of establishing the very first state-run gold depository to compete with the Federal Reserve. In theory, this will allow the Lone Star State to be more financially independent and enjoy greater monetary stability.

That’s as good a use of gold as any.

P.S. This article was originally posted at U.S. Global Investors.