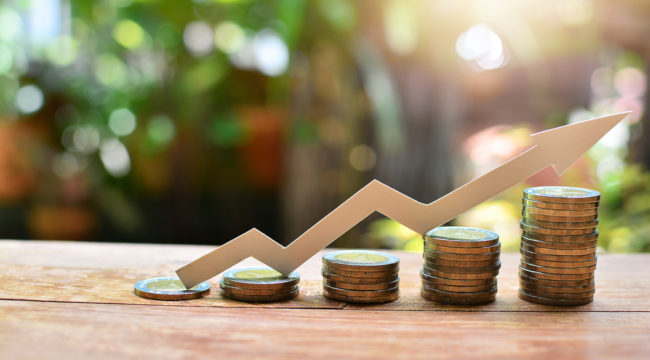 I’ve written several books about my experiences, but I can summarize everything I’ve learned in just one basic idea…

The best way to make money in stocks is to hold forever.

I know what you’re probably thinking: You’ve heard stories about big-shot traders that rake in millions. My colleague Tim Sykes has certainly struck it rich jumping in and out of stocks.

That’s why compounding gets called “the most powerful force in the universe.” Albert Einstein allegedly said this but no one can prove it. It doesn’t matter if he said it or not. It’s the truth.

Compounding is all about reinvesting the income.

The basic idea is this: The reinvested income gets added to the investment… a little extra every quarter or every year. That means any future gains will apply to the original investment and the income portion that was reinvested.

In short, you earn money on the money you earn. It sounds simple, but over a long period, you can earn incredible profits on your initial investment.

Keep in mind: These totals assume you are not adding any new capital to your investment. If you contribute just $200 to your investment each month (same example above) and compound your returns for 40 years, your initial investment grows an astonishing 15,615% to $1.5 million!

I don’t think he was lucky. I think he’s one of the smartest people I’ve met.

If he didn’t make a fortune on Broadcast.com, he would’ve made a pile of money on something else. That’s what the smartest investors do. The quote above is something he said to me a few years ago. It stuck with me because it’s so simple.

So what companies will probably be here in 20 years? I have no clue. Nor does he. But I will bet on the companies that are returning cash to shareholders.

When I first talked about compounding last year, I mentioned a special group of companies.

Not surprisingly, research shows that these companies do better than the rest of the market over long periods. According to S&P, the S&P Dividend Aristocrats index returned 225% over the past 10 years. That’s more than 90% higher than the S&P 500 index over the same timeframe.