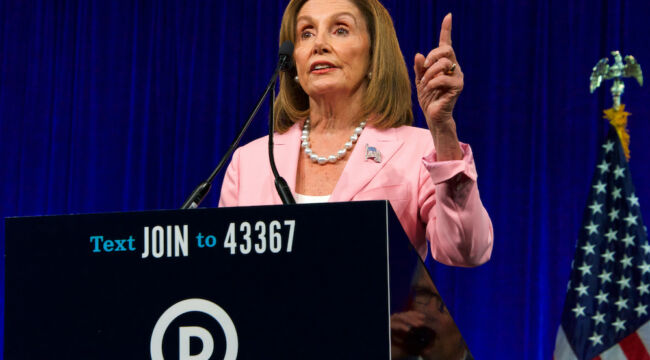 Nancy Pelosi, Next President of the United States?

IN an ideal world, markets and politics would be separate. But we don’t live in an ideal world, and the outcome of the upcoming election could have large ramifications for markets.

The stock market has done extremely well under Trump, so a Trump victory would logically pose no threat. But a Biden victory would mean higher taxes, more regulations and other policies that aren’t supportive of markets.

That’s why the election outcome is so important for investors. With the election just over two months away, where does the race presently stand?

We’ve all seen the headlines showing Joe Biden with a big lead over Donald Trump in the national polls and substantial leads in almost all of the battleground states in the state-specific polls.

Polls can be valuable, but not if you take them at face value. You have to deconstruct the polls to see what they are really saying. The results can be surprising.

The Only Polls That Count

First off, national polls don’t matter because the U.S. doesn’t have national elections. We have 50 separate elections in the states plus one in the District of Columbia.

Biden can beat Trump in California by three or four million votes, but none of those votes matter because you can only win California once. All of the excess votes are wasted.

About 40 of the 50 states (and D.C.) are foregone conclusions. They will fall predictably in either the Biden or Trump column. Only about ten states will decide the election and those polls are the ones to watch.

Even in those few states, Biden has the lead in all but two or three. Does this mean the election is over and Biden will win?

Of course not. We still have 65 days to go and the election season is really just getting started.

Most voters don’t pay much attention until after Labor Day. A lot can change. But, there’s an even bigger reason to be optimistic if you’re a Trump supporter, or to be concerned if you’re a Biden supporter.

It seems the polls are not accurate at all. Many voters do not answer pollster questions honestly because they fear their answers will be recorded or revealed and their real views could cost them their jobs or bring social criticism down on their heads.

What’s most interesting is the skew. CloudResearch conducted a study that revealing that 11.7% of Republicans don’t give pollsters their honest views, while the figures are 5.4% for Democrats and 10.5% for Independents.

If we assume that all of the Republicans and Democrats who do not give true opinions to the pollsters will vote for the candidate of their party and the Independents split 50/50 on the same issue, this would give the Republicans a gain of six percentage points compared to what the polls show publicly.

The result would be a win for Donald Trump on November 3.

Here’s some more good news for Trump (or bad news for Biden):

A recent CNBC poll among the top global CEOs says they believe that Joe Biden will win the election. “Wait,” you might say, “how’s that good for Trump and bad for Biden?”

Well, it’s because CEOs are almost always wrong about politics.

They may be great business leaders and be extremely wealthy, but that does not make them good forecasters of events outside their narrow business field.

CEOs tend to live in a bubble. They cluster with other CEOs and wealthy entrepreneurs in places like Martha’s Vineyard, Aspen, Beverly Hills and Silicon Valley. They travel on private jets and live on large estates surrounded by other large estates.

As a result, they don’t connect with everyday Americans, do not pick up important social clues and tend to echo what they hear from other elites (who in turn are echoing still other elites).

In 2012, the hedge fund billionaires all thought Romney would win; (that was an easy call; Romney could not get Evangelical votes and Obama was set for a clean victory).

The simple fact of the matter is that elites are out of touch and usually get the important things wrong. They are constantly caught by surprise.

I correctly predicted that Trump would win in 2016 (against polls showing Hillary Clinton with a 92% chance of winning) and my models now show Trump as the likely winner in 2020. It’ll be close, but Trump likely has the slight edge.

When I learned that CEOs expected Biden to win, I added that to the list of factors favoring a Trump victory. Elites and CEOs are always the last to know.

Now, having said all that, Biden could still win the election. Again, I’m giving Trump an edge, but only a slight edge. And a lot can happen in two months.

Even Crazier Than the 2000 Election

But we might not know the actual outcome for days, weeks, or even months potentially…

Americans are already on guard that mail-in ballots, long lines at polling places, armies of lawyers and potential court orders could make this presidential election one of the most heavily contested and uncertain elections in our lifetimes.

It could be even more drawn-out and uncertain that the 2000 election between Bush and Gore, which was finally decided by the Supreme Court weeks after Election Day.

If you don’t think things can get even weirder and more uncertain than that, well, they can. I’m not predicting it’s going to happen, let me be clear, but we could even end up with President Pelosi. Here’s how:

The United States has a line-of-succession statute that dictates what happens if an election is undecided. The sitting President and Vice President leave office at noon on January 20, 2021 even if no winner has been decided.

In that case, House Speaker Nancy Pelosi becomes Acting President. But, that assumes Pelosi is named Speaker. What if House seats are also undecided because of mail-in ballots, legal challenges and close elections?

If enough House seats are not decided, there may not be a quorum in the House, which means that there would be no Speaker at all and still no Acting President.

Let’s hope that none of this happens and the outcome is resolved quickly with a legitimate winner all can agree on. The social unrest we’re seeing today could be child’s play next to the kind of unrest we’d see during a disputed election.

But, given the looming uncertainty, it’s impossible to rule out this kind of chaotic scenario. And the way things have gone this year, with the pandemic and the social unrest, would it surprise you if it happened?

There’s no word yet on the much more likely scenario that Democrats dispute the results because of the new Post Office hoax or “the Russians!” But I think we know the answer.

Investors may not be able to stop these scenarios from playing out, but they can at least prepare for them by increasing allocations to cash and allocating 10% of your portfolio to gold bullion as the best hedge against electoral chaos.