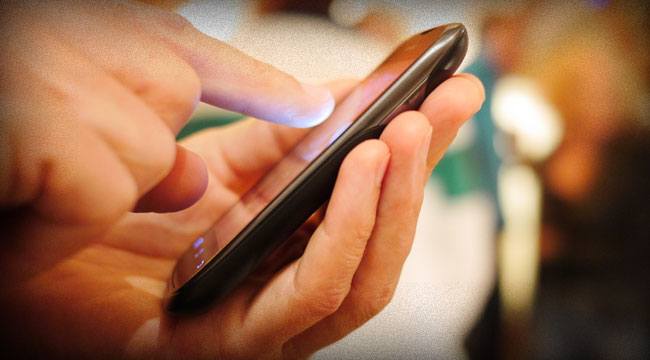 How to Get Google to Pay Your Phone Bill

Your monthly phone and internet bills are a complete rip-off. You pay hundreds of dollars for slow download speeds, dropped calls and poor service.

But imagine never having to pay another cell phone bill…

That world is quickly becoming a reality. And some companies you’d least expect are taking charge of a movement that will unleash unlimited internet and phone calls for everyone–no telecoms necessary.

Our own Noah Sugarman has been tracking this development for months…

“What if that unlimited free internet was everywhere – not just at the local coffee shop?” Noah asks. “If Google and Facebook have their way, that access might not be a pipe dream for much longer.”

And free internet is just the beginning…

These tech giants might be heated rivals, but there’s one area where both companies work together – the spread of cheap and efficient internet access across the globe. Besides a slew of internet-providing drone acquisitions, both companies have been ramping up data center growth and fiber control.

“We’re now witnessing content creators cutting out the middleman and transforming into internet providers. And the best part is, they’re focused on quality too. Even in its infancy, Google Fiber stands as a perfect example,” Noah explains. “These companies are also investing in new submarine and underground cables, along with leases in dark fiber and the creation of in-house networking hardware.” 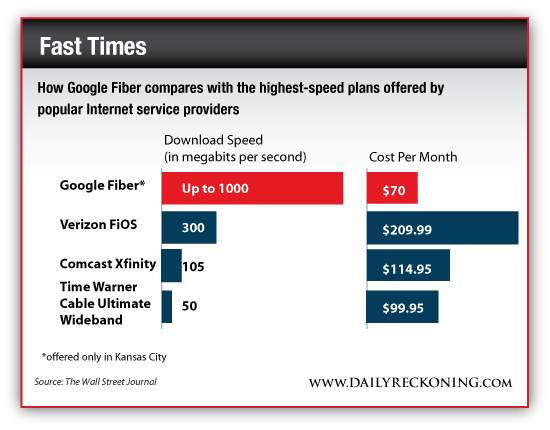 The results of all the undercover efforts are dramatic. Google now controls more than 100,000 miles of global routes – more than twice the size of Sprint’s 40,000-mile U.S. network. For its part, Facebook has begun to service traffic on its own network of dark fiber in Europe.

“But the real reason that non-telecom provided internet is so important lies in Facebook’s recent $19 billion Whatsapp acquisition,” Noah claims. “Whatsapp is a free messaging app that relies on an internet connection to work. And the app is set to introduce voice calls this year.”

That’s right, that’d mean phone calls, messaging, and internet access all provided by a tech firm for free. You can probably see where this is going…

When consumers can access the internet, send messages and make phone calls for cheap – if not free – cell phone providers will begin to fade away.

So Google and Facebook aren’t just looking to compete with Verizon and AT&T on their home turf. They’d rather just destroy them… and this is a battle that’s only going to get more heated. But no matter who wins in the short term, a price-race to zero is a war that the telecom business model simply can’t win.

P.S. Of course, the likes of Verizon and AT&T won’t go down without a fight – even if they’re playing on borrowed time. But don’t worry, we’ve found the one company that stands to profit from this shift, no matter who comes out on top in the near term, and no matter how long it takes tech companies to dismantle the old telecom model. In today’s issue of The Rude Awakening I gave readers a chance to discover this company for themselves, first-hand. Click here now to sign up for FREE and get instant access to this and every other great investment opportunity I relay to my readers.