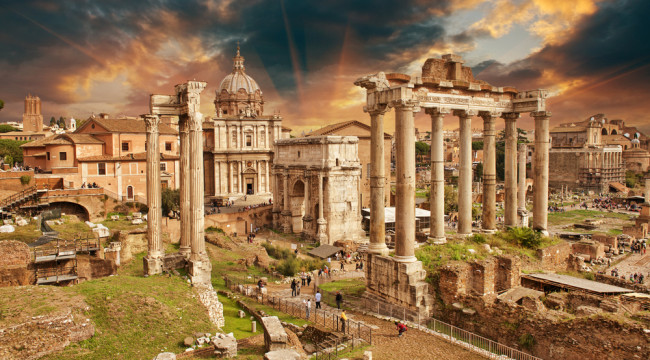 There are many reasons why Imperial Rome declined, but two primary causes that get relatively little attention are moral decay and soaring wealth inequality. The two are of course intimately connected: once the morals of the ruling Elites degrade, what’s mine is mine and what’s yours is mine, too.

I’ve previously covered two other key characteristics of an empire in terminal decline: complacency and intellectual sclerosis, what I have termed a failure of imagination.

Michael Grant described these causes of decline in his excellent account The Fall of the Roman Empire, a short book I have been recommending since 2009:

A lengthier book by Adrian Goldsworthy How Rome Fell: Death of a Superpower addresses the same issues from a slightly different perspective.

Glenn Stehle, commenting on 9/16/15 on a thread in the excellent website peakoilbarrel.com (operated by the estimable Ron Patterson) made a number of excellent points that I am taking the liberty of excerpting: (with thanks to correspondent Paul S.)

The set of values developed by the early Romans called mos maiorum, Peter Turchin explains in War and Peace and War: The Rise and Fall of Empires, was gradually replaced by one of personal greed and pursuit of self-interest.

“Probably the most important value was virtus (virtue), which derived from the word vir (man) and embodied all the qualities of a true man as a member of society,” explains Turchin.

“Virtus included the ability to distinguish between good and evil and to act in ways that promoted good, and especially the common good. Unlike Greeks, Romans did not stress individual prowess, as exhibited by Homeric heroes or Olympic champions. The ideal of hero was one whose courage, wisdom, and self-sacrifice saved his country in time of peril,” Turchin adds.

And as Turchin goes on to explain:

“Unlike the selfish elites of the later periods, the aristocracy of the early Republic did not spare its blood or treasure in the service of the common interest. When 50,000 Romans, a staggering one fifth of Rome’s total manpower, perished in the battle of Cannae, as mentioned previously, the senate lost almost one third of its membership. This suggests that the senatorial aristocracy was more likely to be killed in wars than the average citizen….

The wealthy classes were also the first to volunteer extra taxes when they were needed… A graduated scale was used in which the senators paid the most, followed by the knights, and then other citizens. In addition, officers and centurions (but not common soldiers!) served without pay, saving the state 20 percent of the legion’s payroll….

The richest 1 percent of the Romans during the early Republic was only 10 to 20 times as wealthy as an average Roman citizen.”

Now compare that to the situation in Late Antiquity when “an average Roman noble of senatorial class had property valued in the neighborhood of 20,000 Roman pounds of gold. There was no “middle class” comparable to the small landholders of the third century B.C.; the huge majority of the population was made up of landless peasants working land that belonged to nobles. These peasants had hardly any property at all, but if we estimate it (very generously) at one tenth of a pound of gold, the wealth differential would be 200,000! Inequality grew both as a result of the rich getting richer (late imperial senators were 100 times wealthier than their Republican predecessors) and those of the middling wealth becoming poor.”

Do you see any similarities with the present-day realities depicted in these charts? 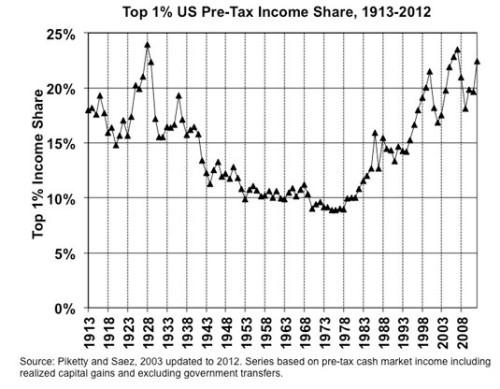 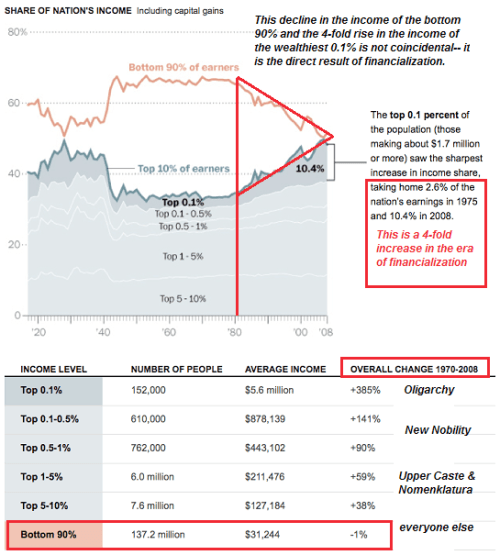 And how many congresspeople served in combat in Iraq or Afghanistan?