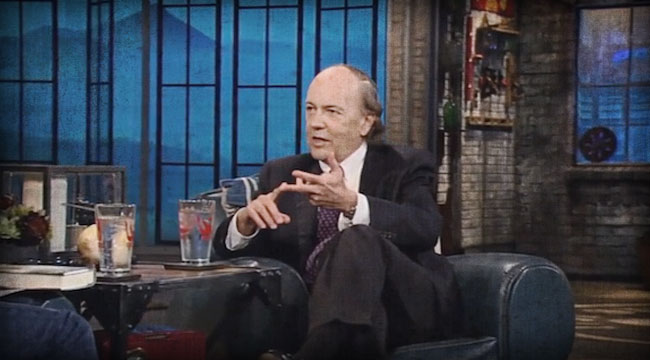 Not a day goes by without significant developments in the markets. You should not react or overreact in a knee jerk fashion to each piece of data that comes out. You’ll just end up getting whipped around.

What you need to do — what analysts and investors need to do — is have a thesis to guide them. Don’t pick one at random, but have a well thought out thesis. Then use the data to test that thesis. There’s a name for this: It’s called “inverse probability.” You use subsequent data to test your original idea.

That method is different from a lot of science where you actually get a bunch of data and then you come up with an idea. Here, however, you have an idea and you come up with data to test it. There is no better way of approaching the markets because nobody has a crystal ball.

Our thesis has a number of elements. One of them is that there is a tug-of-war going on between inflation and deflation, which I’ve written about in these pages before (In the short term, I believe deflation has the upper hand.) That confuses a lot of people because they understand one or the other, but it’s challenging for them to keep both things in mind at the same time.

For your investment portfolio, that means taking a “barbell approach,” which means have some protection at both ends. Have your deflation protection and your inflation protection, and some cash in the middle all at the same time because that’s the best you can do with this kind of uncertainty.

Not long ago, I spent two hours one-on-one with one of the ultimate Fed insiders. Sometimes, when you do these things, you agree not to mention names so, I won’t mention any names here. But this was a guy who was in the room for every FOMC vote for the past 2½ years. Nobody’s closer to Bernanke and Yellen than this individual I spoke to.

He’s a Ph.D. economist, a very well regarded scholar but not a very well-known name because he’s not actually on the FOMC. Yet he’s been invited into the room to help them figure these things out. And what he said was that we’re not really going to know if the Fed’s policies worked as intended for another 50 years. He said 50 years from now, there will be another young scholar like Ben Bernanke was in the 1980s who comes along and figures all this stuff out.

In other words, they’re admitting that they don’t know what they’re doing. They’re admitting this is kind of a big science experiment. What does that mean for us as investors, portfolio managers and people trying to make smart decisions?

In 1936, the writer F. Scott Fitzgerald, author of The Great Gatsby, wrote: “The test of a first-rate intelligence is the ability to hold two opposed ideas in the mind at the same time, and still retain the ability to function.”

This is more difficult than it sounds, especially for investors. Most market participants are fine processing one idea at a time. They can react to inflation or deflation. They can react to bull markets or bear markets. There are plenty of opinions on one side of the fence or the other. But the ability to take up two opposite ideas and process them at the same time is challenging.

There is no evidence that Fitzgerald was acquainted with quantum theory, which developed around the same time he was writing his best novels, but the theory requires the same kind of mental discipline. In quantum mechanics, two outcomes are simultaneously suspended in time and space, with neither becoming “reality” until being observed with some measuring device.

This digression through literature and physics is to make a point about markets. I meet continually with sophisticated investor audiences on five continents and I hear the same question everywhere. Investors say they are confused. They worry about inflation, but read news about deflation.

They are concerned with stock market bubbles but see markets hit new record highs. They hear that job creation is strong, and then they see that growth is negative. How can investors make sense of this quantum-like market?

The first thing I tell investors is they’re right — things are confusing. We haven’t seen conditions like the ones we are in since the 1970s, the 1930s and possibly even the 1870s.

Job creation is coming largely from low-paying, part-time jobs, while negative growth comes from the fact that those low-paying jobs don’t provide the gains in real wages needed to power consumption. It is possible to make sense of the economy, but only if you can process all of these contradictory ideas at the same time, exactly as Fitzgerald described.

Janet Yellen continues to suggest the Fed will raise interest rates this year, but my recent conversation with Ben Bernanke suggested that rate increases will not happen anytime soon. What passes for economic analysis is often just cheerleading by bulls or bears for their particular point of view. On financial television, the bulls seem to take up a lot more places on the cheerleading team. And so it goes.

Our analytical method lets us cut through the contradictions and develop a clear image of where the economy is going and where the opportunities reside. This method is based on the science of causal inference and inverse probability. No one fact is dispositive, but relevant facts are accumulated within a hypothesis using applied mathematical formulas to offer validation — or not — of the hypothesis.

Right now our method shows a strong possibility that job creation, stock markets and growth all hit a wall in November 2014. It’s true that stock markets have set some new records since then, but not by much. Basically, the stock market has been moving sideways since November. Job gains continue, but at a much slower pace. Growth has been close to zero.

It’s too soon to be certain, but the U.S. economy could be in a recession right now, along with Canada, Brazil, Korea and large parts of Europe. China is not technically in a recession, but its growth has slowed so rapidly that the effect on world growth is the same as recession in most economies.

When recessions happen, certain indications and warnings lead the way. One of these indicators is the Dow Jones transportation index. This index typically turns down before the Dow Jones industrial average. This makes sense because when shoppers stop buying, inventories pile up and retailers order fewer new goods, which reduces transportation needs. Other recession indications such as layoffs and bond defaults happen later in the cycle. The transport index is a canary in the coal mine.

More to the point, the transportation index recently made a “death cross.” This is when the 50-day moving average crosses below the 200-day moving average on a chart. What this means is that not only is the index declining, but it is doing so at an accelerating rate.

As I’ve told you before, you should be nimble and prepare for both inflation and deflation. Your initial portfolio should have gold, fine art, raw land, cash, bonds, select stocks and some alternatives in strategies like global macro hedge funds and venture capital. Not all of those strategies will pay off in every scenario but some will do well enough to outperform others and preserve your wealth in the overall portfolio.