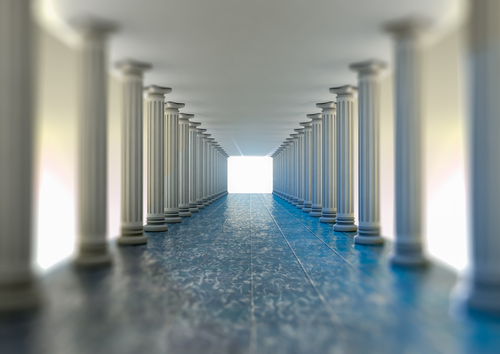 Poor Chuck Hagel. Every day, The Wall Street Journal wallops the fellow. He is whacked for not knowing what he is doing…smacked for not appreciating the threat of a nuclear Iran…and slapped hard for not bending over quickly enough to kiss neo-con butts.

John McCain and Lindsay Graham went to work on him in the Senate. They went at it clumsily and disgracefully — like a pair of goons with lead pipes. And then, in the WSJ, Dorothy Rabinowitz hammered him last Monday; she was so hysterical we couldn’t follow what she was talking about. Then, on Tuesday, Brett Stephens took over…and began pounding away in a more usual, ham-fisted way.

We’re enjoying the show. McCain and Graham acted like thugs. Still, it’s amusing and gratifying to watch a man like Hagel get beaten up. Too bad we couldn’t watch the same sport when Hillary Clinton was put up for the job! Hillary actually deserved it.

Those who would presume to meddle should have their own mettle tested first. In addition to getting roughly handled by the press and the politicians, candidates for any post — elected or appointed — leaders should have to bear certain ordeals, to test their courage and their resolve. These should be designed not to reveal weaknesses or shortcomings, but merely to allow the man (or woman) to demean himself in petty and irrelevant ways. For example, a candidate for the Secretary of Treasury might have to fish a wedding ring from the bottom of a Manhattan sewer. A mayoral candidate might be locked out of his house…stark naked…just to see how he handled the situation.

This actually happened to our old friend and colleague Dan Denning. He had just moved to Paris. Somehow he got locked out of his apartment, with just a towel around his waist. He had no phone. No money. And he didn’t even speak French. All he knew was that there was another set of keys on the other side of the city.

Situations like that build character. But that is not why we propose them for prospective leaders. Instead, we just want to humiliate and discourage them. Maybe they’ll think twice before offering leadership. These otherwise pointless ordeals will also help to eliminate candidates. Anyone with so little dignity as to submit to them isn’t worthy of the office. And if he refuses, he should be denied the office too; because he hasn’t been willing to comply with the requirements.

The point is, the world needs a lot fewer leaders than it has. Most of the time, people go about their business with no need for the expense and distraction of leadership. That is true in businesses as well as government. A leader just gets in the way, wasting everyone’s time and energy.

Think about what you really want. To fix the crack in the swimming pool before warm weather. To get your father-in-law into a rest home or a casket. You want to figure out how to play “All of Me” on the guitar and how to make beef bourguignon in the oven. None of this requires leadership.

Most businesses work best without leadership. People dope out how to get things done. They don’t need interference from the top. Besides, the ‘leaders’ often have no idea how the business really works. This is especially true of celebrity CEOs whose real job it is to goose up the stock price. Often, a business will go along plausibly well, with the lower- and middle-level employees innovating as necessary. Then, a strong leader will take over, pulling the whole business down some dead-end road, typically by grandstanding a large merger or acquisition. The CEO gets headline fame; later, the business goes broke.

The Secretary of State is meant to lead America’s foreign policy. But what need is there? Who needs him? Each American can perfectly well decide for himself where he will travel and with whom he will trade. He needs no leadership. Many of the bruises on Chuck Hagel’s face come from his claim that Iran’s government is ‘legitimate.’ But who cares? Everyone knows perfectly well that Iran’s government is as legitimate as any other, including the government of the United States of America. All democratic governments owe their legitimacy to the same thing — the decision of delusional voters, based on fraudulent representations by dishonest leaders.

That’s what leadership is all about — solemn and pompous lying. The greatest leaders are those who do it most grandly. Abraham Lincoln, for example. Without his leadership, the US would have probably split apart, which is to say the southern states would have been permitted to exercise the right laid out for them in the Declaration of Independence. They merely demanded to do what the 13 colonies had done before them — to misgovern themselves rather than have it imposed on them by others.

Lincoln — at Gettysburg — told the biggest lie in American history. He said they were fighting to preserve the promise of the revolution, and that the war was a test of whether “any nation, so conceived…can long endure.” In the end, his generals, Grant and Sherman, decided the matter in the negative.

The next greatest leadership debacle came in 1917. That was when Woodrow Wilson launched the US into someone else’s war on the basis of a breathtaking deceit. It was a “war to make the world safe for democracy,” he said. But if that were so, the US went in on the wrong side. Specifically, Britain and France ruled hundreds of millions of people — in Africa, Ireland, India, Southeast Asia — with no votes allowed! Germany, in comparison, was a model of democratic humbug.

Leaders lie. And their leadership — founded on lies — typically brings disasters. WWI was a disaster. Then came an economic disaster — the Great Depression. In the previous depression, 1920-1921, US president Warren Harding and Treasury Secretary Andrew Mellon, simply ignored it. No leadership was provided. Two years later the depression was over.

When the next depression came — in ’29 — Herbert Hoover, and then, Franklin Roosevelt met it with aggressive leadership. Giving out the lie that they knew better than business people and investors, they promised to mitigate the depression with ‘counter-cyclical policies.’ They blocked the markets from making necessary (but painful) adjustments, thereby stretching out the depression for almost an entire decade.

It’s not that leaders are always a waste of time. It’s just that leadership is subject to the law of declining marginal utility — just like everything else. A little, occasionally, may be useful. Any more, and you’re headed for trouble.

Recently, the US has been the victim of two leadership whoppers. After terrorists brought down the World Trade Towers in 2001, George W. Bush led the country in an attack on Iraq, based on the fraud of ‘weapons of mass destruction,’ which a team of inspectors said the Iraqis didn’t have.

Then, after the crisis of ’08-’09, the Obama team provided leadership, with the now-familiar lie that bankrupt institutions need to be kept alive at all costs and that a slowdown caused by too much debt could be remedied by adding even more debt.

If George W. Bush had shown a little less leadership in military matters, the US would have saved 157,000 lives…and as much as $6 trillion dollars.

Not that lies are always bad. There are probably times when a lie is just what a group needs to stiffen its backbone or calm its nerves. Occasionally, a gifted leader can help guide a business or even a government. But those occasions are rare. Considering the damage leaders do, the world is better off without them.