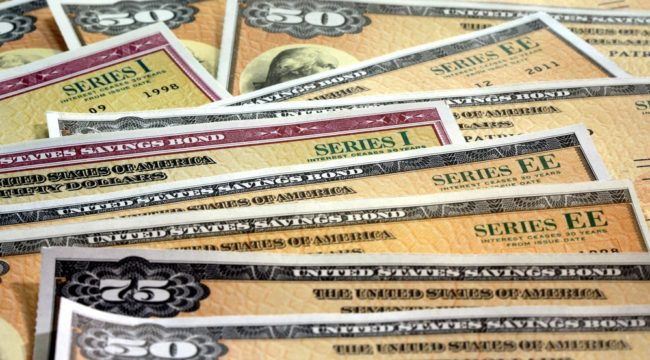 He broke the sound barrier in a small, streamlined aircraft called X-1. However, after reviewing flight data, engineers realized that supersonic flight had potential to rip the wings off an airplane. This was a problem, and we’ll discuss it more in just a moment.

Meanwhile, in January 2016, central bankers across the world also broke another “barrier” of sorts. Collectively, they rolled down a road that’s unfamiliar to modern finance. We’ve never seen this new issue before; in fact, it has potential to “rip the wings” (so to speak) from high-end finance across the world. It’s a major problem, and we’ll address that in a moment, as well.

It was Tuesday morning. Sky was clear and the sun shone bright above Muroc. At 10 a.m., a large, four-engine B-29 bomber rolled down the runway carrying a small shape underneath one wing, an aircraft that looked much like a .50-caliber bullet, but with fairly straight, stubby wings.

After climbing to altitude, at 10:26, the bomber dropped small aircraft, the latter flown by a seasoned pilot named Chuck Yeager. Yeager engaged systems and fired a series of “reaction motors” that took his aircraft — the above-noted Bell X-1 — toward so-called “transonic” flight regime. Shock diamonds formed behind four rocket nozzles of the engine, and Yeager’s X-1 soon approached Mach 0.85, a point beyond which there existed no wind tunnel data on the problems of flight.

The flight was smooth, and the small, sleek Bell X-1, with Yeager at controls, became the first successful supersonic airplane in the history of flight. Yeager had The Right Stuff, in the words of Tom Wolfe and his fabulous 1979 book of that title.

After Yeager and X-1 landed, engineers reviewed flight data and realized that they faced immense challenges when designing and operating super-fast airplanes. One critical issue was that as an airframe approaches “sound barrier,” stress builds up on leading edges of the nose and wings. In fact, if engineers had not intentionally “overdesigned” X-1, it’s likely that aerodynamic stress would have torn off the wings.

As time went on and new aircraft designs rolled out, many test pilots died as they flew into the wild unknown of the sky, especially in supersonic realms. These are lessons “written in blood,” as we used to say in the Navy.

The long and short is that to go supersonic, engineers had to redesign aircraft from the inside out. Every structural element had to be stronger than even the toughest aircraft of World War II. Airframe shapes had to transform as well, to deal with supersonic airflow. All this demanded new materials, too — such as advanced metals and superalloys that could withstand the stress of operating beyond the speed of sound.

Today, we have a new “Bond Barrier.” My point here is to illustrate how dramatically things change when you break certain barriers — like the sound barrier. Now let’s redirect that same kind of thinking to another barrier that’s currently being shattered, the “bond barrier.” What do I mean?

A bond represents debt: often as not, “secured” debt. The idea is that one party loans money to another — say, a government — and after a certain time, that second party pays interest and eventually returns all principal to lender. Interest rates can vary, but principal is sacrosanct. The lender always wants the money back.

For many years, one of the safest forms of investment has been a U.S. government bond, backed by the proverbial “full faith and credit” of the U.S. government. Loan money to Uncle Sam, and then hold the bond to term, and you will recover all principal, plus interest along the way.

Now, however, rules of this bond game are changing. Central bankers are moving toward “negative interest rates.” We’ve seen it in Europe and elsewhere. Recently, for example, the government of Japan sold long-term bonds with a negative yield. Specifically, Japan raised $19.4 billion at auction, offering a 10-year benchmark bond at -0.024% average yield.

Think about that… It means holders of this bond will “pay” the Japanese government for the privilege of lending it money. Buy a government bond, and make a (so far) small donation, so to speak. Bizarre, no? One way or another, we’re witness to governments breaking the “bond barrier.” This will rock our world, I suspect.

Now the wings are coming off. That is, I view this as a “transonic” moment here. With negative interest, the wings are about to come off of government finance. In essence, governments propose to “borrow” money from lenders and declare right up front that they won’t pay back all principal. That’s nuts. Who came up with this crazy idea? It’s the Wrong Stuff, to coin a different phrase.

Wherever this negative interest idea came from, it’s no wonder there’s a global rush to buy gold and other precious metals and invest in basic resource plays. In January, as negative interest rates gained traction, gold prices lifted off of recent lows and moved up strongly. Same with silver, platinum, palladium and even beaten-down copper. Heck, even iron ore recently moved. Hard assets, in other words.

For now, you should understand that negative interest rates reignited the commodity sector and spun a major turn in the investment cycle. Just as engineers had to use new designs and metals to break the sound barrier, this “bond barrier” move seems to be good for gold, that’s for sure.