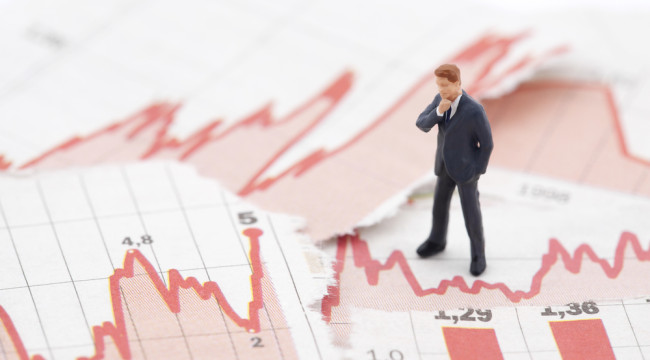 Are We Wrong About the Coming Depression?

POITOU, France – Yesterday, we began to examine the earth beneath our feet.

How solid is it, we wondered?

Specifically, and in the spirit of runaway humility, we want to look at where we might be wrong.

It is almost surely true that debt has increased far faster than economic output over the last half-century… and that the post-1971 fiat money system has made this massive increase in credit possible.

It is also surely correct that markets and economies still move in cyclical patterns – breathing in and breathing out as they always have.

For all its hundreds of PhD economists, as far as we know, the Fed is still unable to defeat or fully control the business cycle.

Nor can it prevent asset prices – as traded in the stock market, for example – from going up and down.

What we also know is that stocks have been going (more or less) in an upward trajectory since 1982… and that at present they are much nearer the top of their range than the bottom. That is true for bonds, too. Interest rates and inflation (which run opposite to bond prices) have been coming down since 1983. Now, both are near all-time lows.

Since the War Between the States (also misleading known as the American Civil War), the typical period of business expansion has been 39 months.

Today’s expansion has already lasted more than twice that long. So, there, too, you have to wonder if it is not approaching its end.

So far so good… we are on solid ground. By historical, traditional, and logical measures… we should expect some retrenchment.

Our own proprietary indicator suggests that you should expect to lose about half your capital in the U.S. stock market over the next 10 years. (You can catch up on details of that forecast here.)

But when we turn to the Fed, its policies, and their likely effects on the markets, it’s time to put on the galoshes. The ground quickly turns mushy.

There is broad disagreement about what the Fed has accomplished – good or bad – with QE and near-zero short-term interest rates.

It appears to have shifted large amounts of wealth to the moneyed classes but not much more. The Fed’s balance sheet has swollen to about $4.5 trillion… which you might expect would trigger a bout of higher consumer prices.

But for now at least, the major forces in the economy seem to be pushing in the other direction.

Exports are falling. Shipping prices are hitting new lows. Manufacturing is in a slump. Bond defaults are headed up. The yellow machines aren’t selling. Japan’s economy is falling apart. Commodities have collapsed. We could go on…

The weight of debt is slowing down growth and pushing down consumer prices.

The extraordinary lightness of near-zero-cost money encourages gambling, speculation, mergers and acquisitions (at a record in 2015), and other financial legerdemain.

This creates a kind of financial forked tongue. Asset prices tell us that “all is well” while the economy tells us that it is not.

Where this leads is anyone’s guess.

Our guess is that the contradiction will be resolved by a stock market sell-off, deflation, and depression.

Of course, we could be wrong. It could be resolved by a big growth spurt. But that seems highly unlikely given the burden of debt, regulation, perverse incentives caused by crony-coddling policies, and misallocation of resources (mistakes) caused by zero-interest-rate credit.

It could also be resolved by a long, flat spell in the markets… giving the economy an opportunity to fill the shoes Wall Street has cobbled for it.

But this, too, seems unlikely.

When markets find themselves way out in front of the economies that support them, they do not generally wait for the economies to catch up; instead, they turn around.

Meanwhile, the Fed says it has begun a “tightening cycle.”

This is the first real – if it is real – tightening undertaken by the Fed since just before the 2008 financial crisis, when it raised short-term rates from about 1% in 2004 to just over 5% in 2007.

Economist John Maynard Keynes’s formula for enlightened economic management was simple: Loosen when times are tough; tighten when they are flush.

For more than 20 years, America’s central bank has loosened early and often, bringing the cost of borrowing all the way down to nearly nothing at times.

But it has practically forgotten how to tighten. Like feeding a little boy nothing but ice cream and moon pies, this was bound to create an unusual young man.

Now, the Fed proposes to give him some asparagus!

Again, we don’t know where this leads… but we are pretty sure that some adjustments will be necessary.

We wouldn’t be surprised if they involved some tantrums retching in parking lots.

The high fructose has already done its damage. The teeth are rotten. And the economy can no longer stomach a normal diet.