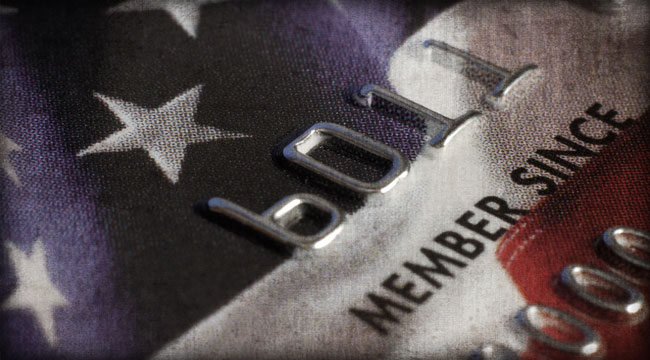 At age 42, Lewis Lehrman found himself in the heady company of Ronald Reagan’s most trusted advisers — at the moment in November 1980 when Reagan had won the White House.

Less than 48 hours after victory was secured, Mr. Lehrman penned a memo in which he suggested the new president declare a national economic emergency. But draconian measures like wage and price controls were the furthest thing from his mind. “On the contrary,” he wrote, “the new program for economic renewal will deal with the crisis by a systematic reformation of economic institutions.”

Two of the men in Reagan’s inner circle — Reps. David Stockman and Jack Kemp — latched onto the ideas in Lehrman’s memo right away.

And just as quickly, the ideas got swept away by “the triumph of politics” — the title of Stockman’s bridge-burning 1987 memoir.

But the ideas are worth revisiting now. They’re timeless. They make up, in Lehrman’s mind, four legs of a table: low taxes, less regulation, a balanced budget and sound money.

“It was a comprehensive proposal,” he recalled to us. “All four legs of the table had to be built at the same time… To just go with two legs, namely tax rate reform and deregulation, you’d have a very unstable table, sitting on two legs.”

But as 1980 turned to 1981, two legs were all we got. “Out of that debate developed an attitude toward budget deficits which was pernicious, mainly that budget deficits don’t matter. Let’s just reduce tax rates, get economic growth going, and the budget may take care of itself.’”

It did not: The national debt, still under $1 trillion when Reagan took office, more than doubled to $2.1 trillion by the time he left.

The “sound money” leg was never built, much less attached to the table. Reagan did appoint a Gold Commission — a sop to the late Sen. Jesse Helms. But it was stacked with people who judged the gold standard a barbarous relic — starting with its chairman, Treasury Secretary Donald Regan.

In the end, the commission voted 15-2 against recommending a return to a gold-based monetary system. The two dissenters: Rep. Ron Paul… and Lehrman.

But Lehrman never lost his passion for sound money, because he knows what unsound money has done to you ever since Nixon cut the dollar’s last tie to gold in 1971.

We visualized it ourselves in The Little Book of the Shrinking Dollar. The dollar you held in your pocket in 1971 buys only 18 cents worth of goods today. 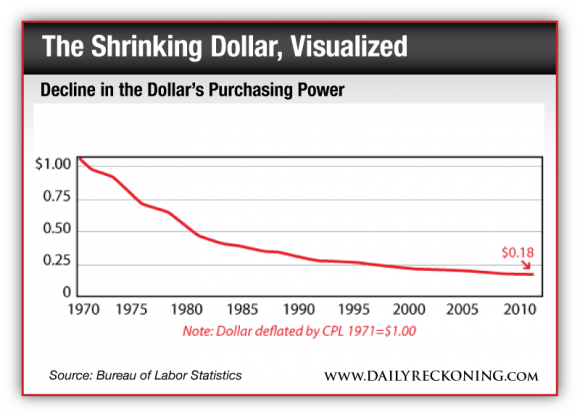 “After 1971,” Lehrman writes in The True Gold Standard, “floating paper currencies, mixed with pegged and manipulated exchange rates, have caused alternating episodes of inflation, deflation and protectionism to this very day. There has, it is true, been economic growth since 1971, but the real (inflation-adjusted) American standard of living has been falling.”

Unlike most Wall Street mavens, Mr. Lehrman has not lost touch with Main Street. The son of immigrants, he grew up modestly in central Pennsylvania — the part some wags refer to as “Pennsyltucky.”

“The primary argument upon which I would rest my case for a gold standard,” he told us, “is that it preserves the purchasing power, the wages, the salaries, of all those who are unable to defend themselves in the halls of Congress in Washington or elsewhere, in citadels of power like Wall Street.”

Is it a perfect arrangement? No: Lehrman concedes the gold standard is “the least imperfect rule-based monetary order.” It existed in perhaps its purest form between 1879-1914. That period was bookended by a return to gold convertibility after the monetary upheaval touched off by the Civil War… and by the outbreak of World War I.

Most of the rest of the world also followed a gold standard during this span. As you see in the chart below, the result was the most gentle fluctuation in consumer prices in U.S. history, and an unprecedented explosion in the growth of the middle class. 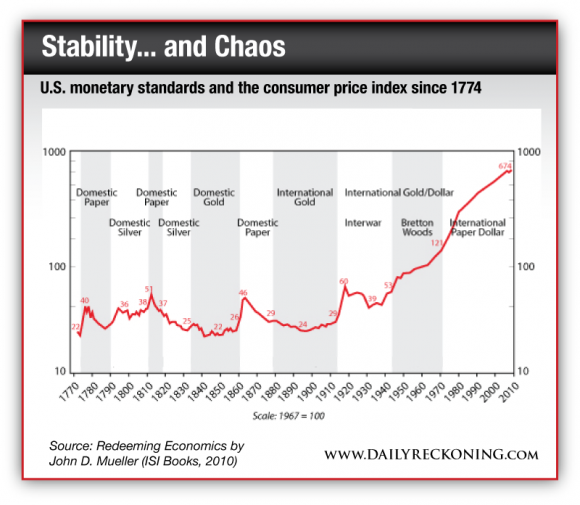 The huge rise in the cost of living in the last century? “With floating exchange rates,” Lehrman told us, “with the central bank issuing money through the process of quantitative easing and issuing the money to the banks directly and bailing out the banks directly, that puts the financial class in a position of getting the money first.

“It puts the financial class in a position to borrow money at 1% and buy commodities, speculate in stocks, front run the Fed on buying bonds. As a result, they accrue all of the profitability in the economy long before this money reaches the working people who are going about their business.”

Why the injustice? Lehrman launched into the tale of the emperor and his tailor… but not the buck-naked emperor made popular by Hans Christian Andersen.

Lehrman’s parable helps illustrate the strange relationship between the United States and its trading partners:

“The king bought a suit every week, and he paid the tailor with a check, which the tailor put in his drawer. After years and years of paying with his checks, the king had an enormous debt to the tailor — and a huge cash balance in his coffers, which, in fact, he thought made him a very rich man.

“Suddenly, the tailor was in a position to cash his checks, and the king was insolvent.

“The analogy with the present day is the United States is in the position of the king. The United States pays its debts internally — that is to say it finances the budget deficit created by the Congress and the president by issuing its currency, and it finances its balance of payments deficits abroad by issuing currencies to foreign countries and foreign suppliers.

“These foreign suppliers do not cash these checks. They accumulate them in their central banks, or in their treasuries, in the form of huge dollar balances, today approximately $5 trillion. The king — the United States — is running this huge deficit, paying for it, so to speak, with checks that are not being cashed, and the deficit of the United States and Congress continues year in and year out because there’s no restraint.

The dollar’s reserve currency status, Lehrman goes on, allows foreigners and others to finance the budget deficit and the trade deficit. “No one wants to take away the United States’ credit card, upon which there are no restraints, least of all the United States. Secondly, those nations that absorb these reserves want a place where they can deposit them and then quickly sell them if they have to, and that kind of liquidity is available only in the U.S. markets.

“The obverse of that privilege is that in order to maintain the dollar’s reserve currency role and in order for the foreign countries to accept it, they’ve had to accept the decline in the value of the dollar.”

Thus, the dollar you held in your hand in 1971 buys only 18 cents of goods today.

P.S. The decline of the U.S. dollar punishes savers, slowly eating away the stashes of thousands of helpless individuals. And as the broken system pushes on as if everything is OK, retirement accounts suffer. That’s why we supply readers of The Daily Reckoning email edition regular opportunities to protect and even grow their wealth. If you’re not yet receiving The Daily Reckoning email (and any subsequent offers within it), you owe it to yourself to sign up. It’s completely free and you can cancel anytime. Click here now to start receiving The Daily Reckoning, straight to your email inbox, every day around 4 p.m. EST.