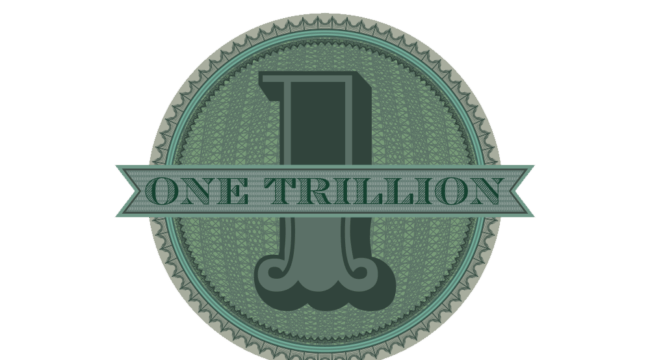 Most of my readers have followed the ongoing debates in Washington, D.C., about the $1 trillion infrastructure bill and the $3.5 trillion welfare bill now pending in Congress. Here’s a quick recap of the state of play:

The infrastructure bill is only about one-third related to real infrastructure such as tunnels, bridges, roads and airports. The rest involves welfare for union workers and pork-barrel projects that do not benefit the public at large.

Still, the real infrastructure provisions are popular, and this bill has received bipartisan support. Republicans and Democrats both want to pass the bill so they can run on this accomplishment in the 2022 midterm elections.

As of now, the bill has passed the Senate and has been sent to the House of Representatives. It could be passed easily by the House and become law except that Speaker Nancy Pelosi has decided to hold the bill hostage while she pushes the $3.5 trillion welfare bill.

Her goal is to pass both bills at once and send them as a package to President Biden. But the Senate will never pass the welfare bill in its current form.

The Democrats need all 50 Democratic senators to agree on the bill. That would give them a 50-50 tie in the Senate (since none of the 50 Republicans will vote for it), but Vice President Kamala Harris could break the tie, which would give Democrats a win.

Two Democratic senators, Joe Manchin and Kyrsten Sinema, have said they will not vote for the $3.5 trillion bill. They might vote for something like a $2 trillion bill, but even that is not clear.

Meanwhile, progressive radicals in the House say they will not vote for the infrastructure bill unless the Senate clears the $3.5 trillion welfare bill. And they threaten to vote against the welfare bill if it is presented in the $2 trillion version that’s favored by the Senate.

There you have it. The entire process is in stalemate, and nothing is getting done. The stalemate may be cleared in the weeks ahead with some compromise, but right now it looks like a trillion-dollar game of chicken where no one is ready to blink.

With all of this political noise, not many have taken the time to look inside the $3.5 trillion welfare package to see what it would actually provide.

The Most Radical Transformation Since the Great Society

This bill will be the most radical transformation of U.S. society since the Great Society days of the 1960s under Lyndon Johnson or FDR’s New Deal of the 1930s before that.

The Pelosi welfare bill calls for the following: Low-income first-time home buyers would get a free $20,000 down payment with no strings attached. Homeowners would get a $14,000 rebate for installing new home heating and air conditioning systems provided they use union labor.

Companies that resist union efforts would see penalties increased 1,000%. The list of welfare and union subsidies goes on.

What does an everyday, hardworking taxpayer get out of this bill? Absolutely nothing.

This bill would only put an enormous burden of more regulation, higher taxes and higher costs on the economy. The Biden administration will slow U.S. and global growth with a combination of higher taxes, more regulation and wasteful spending on programs such as the Green New Deal.

Biden administration deficit spending, which will approach $6 trillion of new authorizations in fiscal 2021, is continually claimed as stimulus.

In fact, there is no stimulus from such spending because the U.S. debt-to-GDP ratio is now approaching 130%. There is good evidence that debt-to-GDP ratios in excess of 90% produce less growth than the amount of new debt itself.

In other words, there is no stimulus and only an increasing debt-to-GDP ratio that makes the situation worse.

Let’s hope the impasse in Washington continues. But don’t count on it. Investors should expect slower growth ahead if this bill becomes law.

But the U.S. was facing slower growth in the years ahead with or without the Biden administration’s policies because of high debt and a central bank that does not understand monetary economics.

Now that Biden’s policies are fully revealed and becoming law, it is clear that growth will be even worse than would otherwise be expected.

As I’ve explained before, this is characteristic of a new Great Depression.

The December 2019 level of output was not recovered until July 2021. Annualized growth for the first half of 2021 is 6.4%, but that is slowing quickly. The Atlanta Fed’s latest forecast for annualized Q3 growth is 1.3%.

Forget the high growth, reopening and inflation narratives. We’re back in the same rut we were in before the pandemic, and it will get worse.

This is characteristic of a new Great Depression that can last for many years. Once the inflation narrative fades and the disinflation narrative comes to the fore, we can expect a stock market correction as asset prices adjust to the return of an era of slow growth.

Looking out even further ahead, the effects of the pandemic on the economy will be intergenerational. Most financial panics or recessions are followed by recovery within a year or less.

One study from the Federal Reserve Bank of San Francisco in collaboration with outside academics showed that of the 15 highest-fatality pandemics since the Black Death in the mid-1300s, the average time needed to return to normal levels of interest rates, growth and employment is more than 30 years.

In the shorter term, things are about to get worse because of the Fed. The economy’s slowing down and supply disruptions are producing shortages, some of which are serious and will probably get worse.

Friday’s disappointing employment report (194,000 new jobs, far short of the 500,000 predicted) will not impact the Fed’s plan to taper in November. The Fed never reacts to one report; they like to see three or more in a row. They never do anything quickly, except in a crisis.

So the taper will start in November. It’s a mistake but that’s the Fed for you. They make one mistake after another.