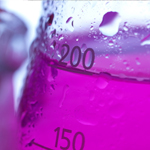 A Natural Elixir...Good for What Ails Ya!

Let me begin by saying that I don’t blame you if you are skeptical about what I’m going to tell you now. It took me six months to come to grips with the reality and the magnitude of this discovery, despite plenty of solid research from world-class scientists. Finally, I did two things. I talked to scientists at the Johns Hopkins Medical School and the Roskamp Institute, and I began taking the supplement and giving it to friends and family.

A big part of my skepticism came from the fact that this is a “natural” product, a nutraceutical. I’ve seen so much junk science come out of the health food store subculture, my prejudices against anything with a nutraceutical label ran very deep.

Having accepted the possibility that a natural substance might actually outperform drugs, I was led to the work of respected professor Claudio Franceschi, who founded the Laboratory of Immunology at the University of Bologna, Italy. Franceschi developed a theory of accelerating aging that he termed “inflammaging.” His work is widely available on the Web, but I’m going to give you my very abbreviated take on it.

Until the mid-20th century in the Western world, the most hazardous time in a person’s life was birth and the following months. Economic progress and medical advances have changed that, but we all come from lineages that have one thing in common. Our ancestors’ immune systems were fully activated from their very first moments to fight injury and infection. If it were not so, they would not have survived to pass on their genes to you.

What worked for much younger populations in earlier times, however, is a major problem today. Your immune system is on constant high alert, ready at a moment’s notice to mount an “inflammatory response” to infections or injuries common only a century ago. The highly tuned immune system you inherited from your ancestors is not equipped for less hazardous times. I think of our immune systems as guards suffering from sleep deprivation and a caffeine overdose with their fingers on hair triggers.

Our immune systems are designed to overreact because in the past, a false alarm was far less dangerous than a weak or delayed response. We see evidence of this in young people who have allergies. It’s not the pollen or the peanuts that make people sick, but their own overreacting immune systems. As we age, the immune system misfires more and more often, and the resulting cellular damage provokes even more inflammation. It’s a vicious accelerating circle that contributes to all diseases.

In the paper “Inflamm-aging: An Evolutionary Perspective on Immunosenescence,” Franceschi and his team point out:

The persistence of inflammatory stimuli over time represents the biologic background (first hit) favoring the susceptibility to age-related diseases/disabilities. A second hit (absence of robust gene variants and/or presence of frail gene variants) is likely necessary to develop overt organ-specific age-related diseases having an inflammatory pathogenesis, such as atherosclerosis, Alzheimer’s disease, osteoporosis and diabetes.

In other words, you may have a genetic predisposition to atherosclerosis, Alzheimer’s disease, osteoporosis or diabetes, but it is your own immune system that triggers these conditions. Many researchers studying this phenomenon have focused on NF-κB, the nuclear factor kappa-light-chain enhancer of activated B cells, as the root cause of the problem.

NF-kappaB, as it is often abbreviated, is the alarm system of our immune system. It is a transcription factor capable of activating your DNA to mount an immune defense. It exists outside of the nucleus in virtually every cell in your body, but if it detects something indicating injury or infection, it migrates into the nucleus and initiates an immune response.

As we age, NF-kappaB calls in more and more false alarms until we are in a state of chronic low-level inflammation. Eventually, this chronic inflammation tends to localize at some point of vulnerability until we have a health-threatening disease that ends our lives prematurely.

For this reason, a substance that would calm down NF-kappaB activation without suppressing legitimate immune system function has been called the “holy grail” of modern medicine. To make a long story short, that Holy Grail has been found in members of the solanaceous plant family, which includes eggplant, peppers and tobacco.

In fact, this alkaloid was discovered while searching for an effective smoking cessation aid. Researchers have long known that there’s more than nicotine in tobacco that leads smokers to smoke. This was obvious due to fact that smoking has powerful and pleasurable calming effects, via MAO inhibition, that nicotine does not provide. Moreover, despite the clear dangers of smoking, the tobacco plant has known medicinal values.

Jonnie Williams, the CEO of a company dedicated to lessening the harm of tobacco, Star Scientific, discovered that extra ingredient. After spending years and millions of dollars to find a safe food form of the substance, he proved safety with two years of Harvard University toxicity studies. Then, he put smoking cessation mints containing his anatabine citrate on the market.

Personally, since I began using the supplement two years ago, I’ve seen remarkable improvements in my health. Due to a bad car accident in college, I was far into the inflammaging death spiral. Tibial periostitis (shin splints) kept me even from walking distances. Severe cervical arthritis had left my right arm mostly unusable, making most upper-body exercises nearly impossible. Within months, both conditions were significantly improved. After two years, I have no symptoms. As a result, I was able to begin running and lifting weights again.

Additionally, my seasonal allergies, while still occasionally evident, no longer take me down. The same is true for my family and many of my friends. My optometrist was surprised to find that sight in my right eye, lost through trauma-induced glaucoma, had improved. I’ve dropped more weight than I care to admit, and my numbers are all better.

Many others, including golfer Fred Couples, have also found life-changing relief from serious inflammatory conditions. Jonnie Williams’ wife’s thyroiditis, on the verge of needing surgery, reversed and no longer bothers her.

Even the dramatically successful results that have come from humanized animal studies are not proof that this natural compound, found in the over-the-counter nutraceutical Anatabloc, will work similarly in humans. But the conditions we’ve seen improved in animals include, by the way, Alzheimer’s, thyroiditis and multiple sclerosis. I could go on and on, but anecdotal stories such as these are not valid scientific evidence, though I’ve heard scores of even more remarkable accounts from the research scientists themselves who have given the supplement to friends and family.

Unbelievable, right? I understand. So I’m not telling you to trust me or take the product.

Rather, I’m telling you to watch for final data from three major studies under way now. The Roskamp Institute, a leading brain disease research center, is doing the Alzheimer’s trials. Roskamp, directed by two of the scientists who discovered the amyloid connection to Alzheimer’s, Drs. Michael Mullan and Fiona Crawford, has also overseen an interventional study in Flint, Mich. Dr. Paul Ladenson, with colleagues from Johns Hopkins, is following up an animal study of thyroiditis with a human study.

Preliminary results from the Flint study have been released, revealing that the active ingredient in Anatabloc, at much lower doses than I take, reduced C-reactive protein (CRP) levels in 61% of diabetic patients. CRPs are associated with the onset and severity of diabetes and other diseases. These patients, in fact, all had other diseases and extremely high CRPs, so results are far more significant than they may appear.

The Hopkins thyroid study results should be completed in December, but we already know that the human studies are providing statistically significant results. If they are similar to the animal studies, which provided the first-ever improvements in thyroid disease, we will be able to reach extremely important scientifically validated conclusions.

In fact, positive results from all three ongoing studies would confirm the thesis that anatabine citrate does not treat specific diseases directly. Rather, it dramatically reduces the NF-kappaB-induced inflammation that affects all diseases. If this is true, and I’m personally convinced that it is, it means that we will be able to delay or prevent most of the conditions that prematurely shorten life.

I won’t tell you how much longer I think we’ll live, because you wouldn’t believe me. I will say, however, that the impacts, both positive and negative, on programs such as Social Security and health care, as well as the medical, housing, insurance and other industries, will be “unbelievable.”

One nutraceutical I’m very excited about is nicotinamide riboside, or vitamin NR, a superior form of niacin developed by Cornell and Duke universities and licensed by ChromaDex. Vitamin NR has profound implications for mitochondrial function, cholesterol, fat loss and nerve health. It appears to me that it would work synergistically with anatabine citrate and, therefore, with Anatabloc. Hopefully, we will have data within the year.